A Night of Comedy With Maureen Langan 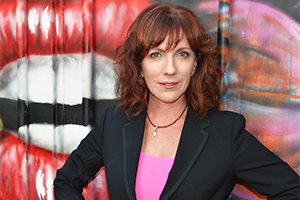 Maureen is a standup comic, writer and radio talk show host.  She is a MAC award-winning comic who has performed on Broadway with Rosie O’Donnell. She has appeared on Gotham Live, HBO, Red Eye and Comics Unleashed. Her solo show, Daughter of a Garbageman, has been called “brilliant” and a “one-woman tour de force.” The show has met rave reviews in New York, Florida, Nantucket, San Francisco, Berkeley and Edinburgh, Scotland.  For seven years, she hosted Hanging with Langan, a three-hour weekly talk show on KGO radio in San Francisco, and she has guest hosted on WABC Radio in New York City and Cumulus stations in Chicago and Atlanta.  She was an on-air reporter and anchor for PBS and Bloomberg Television and Radio, where she created and hosted the network’s entertainment programming. Her astute observations and shoot-from-the-hip interviewing style earned her the title of Best Female Commentator by the Newswomen’s Club of New York.

Wines will be available for purchase, as well as light snacks (cheese trays, delicious chips). Guests may also bring a picnic, but no outside drinks. Cabaret style seating and tables are provided at this indoor show.