An Evening With Graham Parker 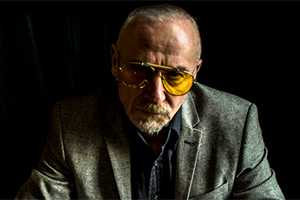 Join us for an evening of music with Graham Parker. Parker is a legendary singer-songwriter of the British band Graham Parker & the Rumour.

Parker’s musical journey began in the spring of 1975, when he began to drive up to London to meet like-minded musicians and get a backing band behind his songs. Over the next several decades Parker has continued to tour and make music including early album releases Howlin’ Wind (1976), Heat Treatment (1976), The Pink Parker (1976), Stick To Me (1977), and Squeezing Out Sparks (1979).

A new Graham Parker and the Rumour album was recorded at the famous RAK studios. “Mystery Glue” was released worldwide by Universal Records in May 2015 on the obscure ’70’s Universal owned label, Cadet Concept, a former imprint of the famous Chess Records.

Parker toured in 2017 as a duo with Rumour guitarist Brinsley Schwarz and recently had a new song, “Love Comes,” placed in the Judd Apatow produced and directed HBO show “Crashing.” We continues his musical journey with a US Solo tour beginning April 2020.